Hey guys! You may recognize me from my previous post  where I outlined exactly what I did to go from $0 to $25k a month dropshipping. Eventually I got bored doing the same thing everyday and thought it would be an interesting challenge to see if I could do it all over again, so I started a brand new store in August. That store is now doing close to $17k a month and I want to share a month by month playbook of that journey. I'll even share some products and the niche I chose that got me there. 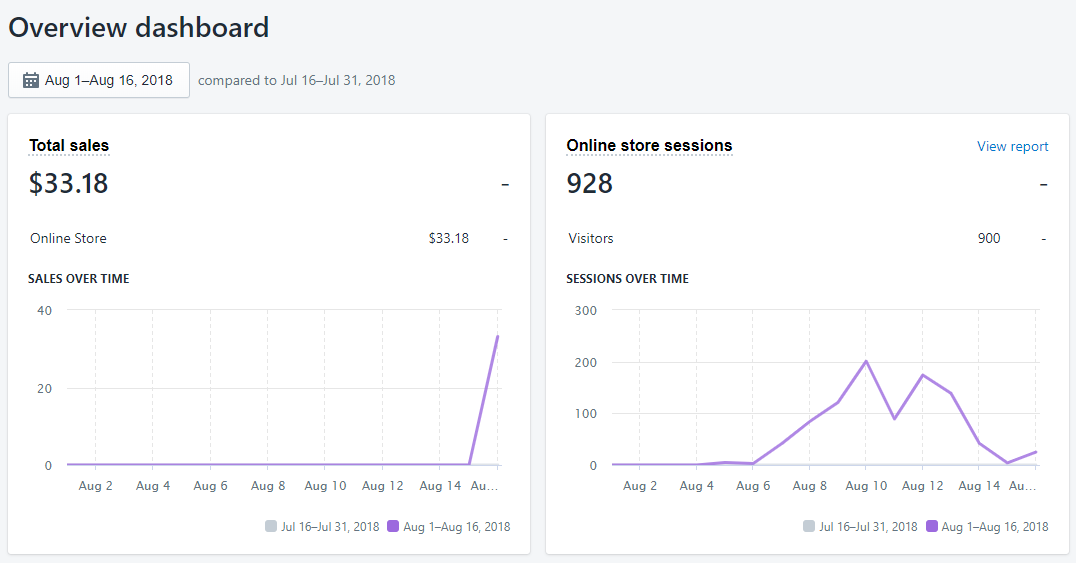 I knew I wanted to start a new store, and that I wanted it to be a niche store. Why? Because I find it much easier to market and brand yourself. Picking a niche was pretty simple -- I found a handful of "winning" products and then decided on a niche around those. A pair of "shark slippers" were actually the first ones I chose, which I still sell to this day. I picked them because they are probably hard for consumers to find locally, and because they seemed like an item people on Facebook would impulse buy. I also checked that they had relatively low competition and a decent growth rate on AliExpress. For my store, I created it with Shopify using the free debut theme which is pretty much my standard for any new store. 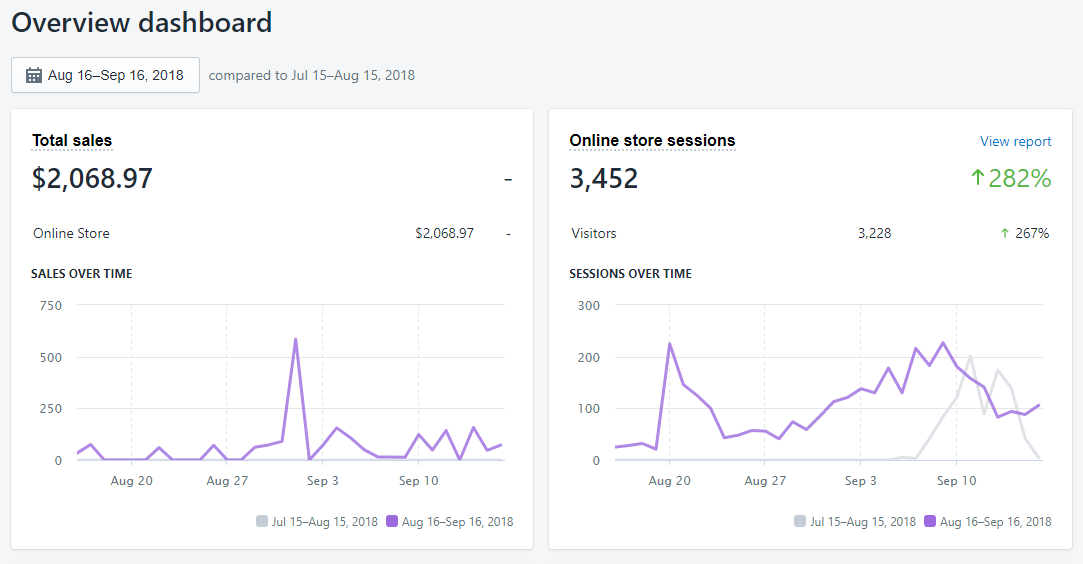 I got pretty lucky as this was mostly sales from that shark slipper. I added a few other funny looking slippers to "fill out" the store, but most of my attention was on the shark. Its NOT typical to find a product that works on the first try, you usually need to test a bunch. I ran a combination of Facebook ads and Google ads, but the majority of sales came from Facebook. My advertising structure was basically a small sales funnel... I made a quick product video and ran 3-4 adsets of different interests using the video. I would then retarget people who watched 75% of the video with a "sales" ad offering a discount on the product. If this is confusing you can watch a video explaining that more here. But I immediately began seeing sales with this method. I think profit margins were fairly low at this point, probably 10%. 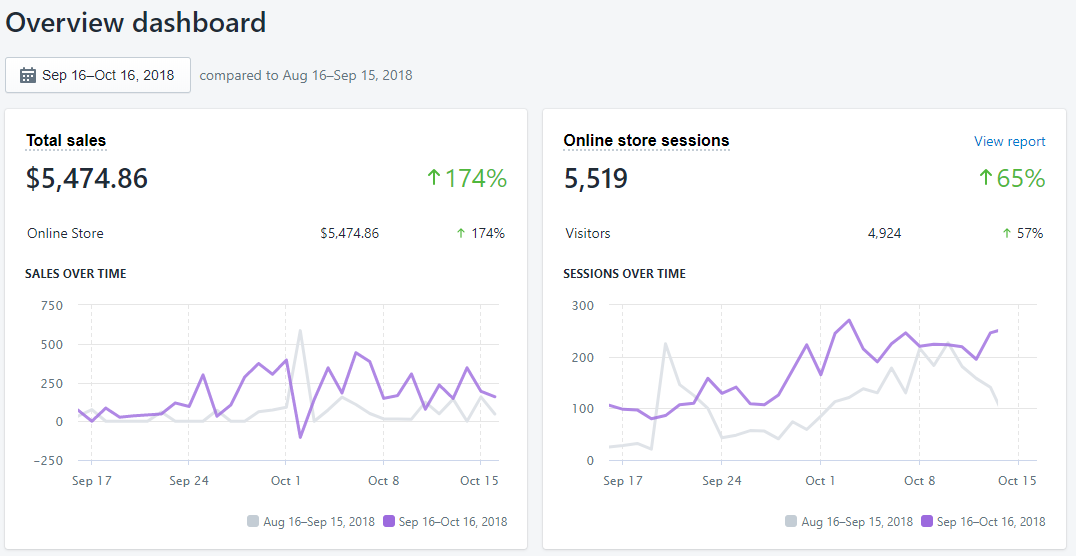 This was literally just me scaling the Facebook ad mentioned previously. I also began adding funny "costume" products to the store that matched the funny slippers theme. Profit margins were at 15% I believe. I was also busy coding up new features for Niche Scraper so I couldn't dedicate a lot of time to the store that month :( 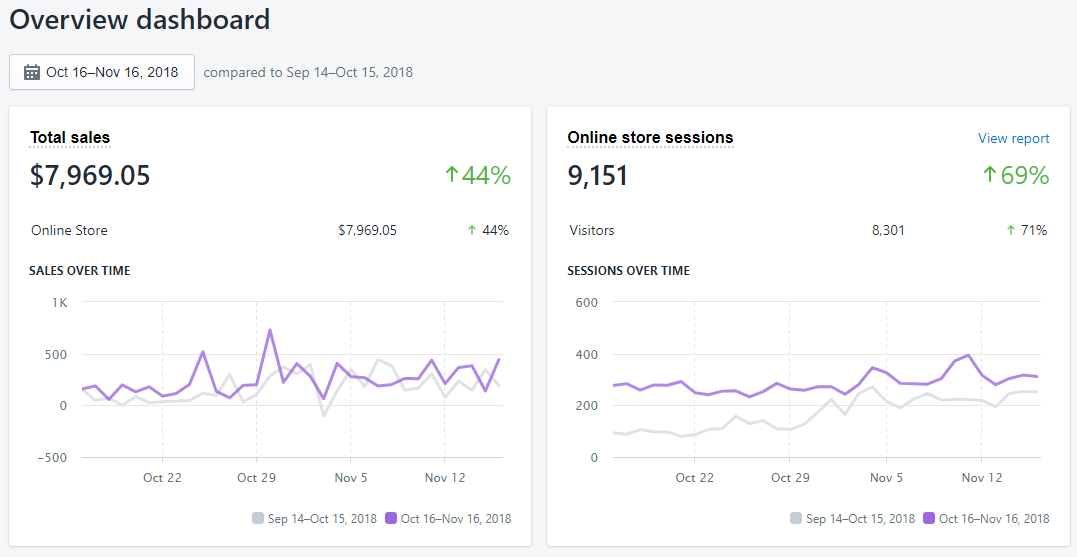 Increased sales by $2,500 this month, woo! I also increased my profit margins from 15% to 25% by switching some suppliers and optimizing my Facebook ads. For the ads, I switched from interest based targeting to LAAs (Lookalike Audiences) so Facebook could find new potential customers for me at a much cheaper cost. I also began writing blog articles that attracted attention and got me some free sales. As an example, I would write articles like "Top 5 gift ideas for shark lovers" and share those on social media. This would attract new people to my store, and even better, allow Facebook to re-target them with ads later ;) Gotta get creative! 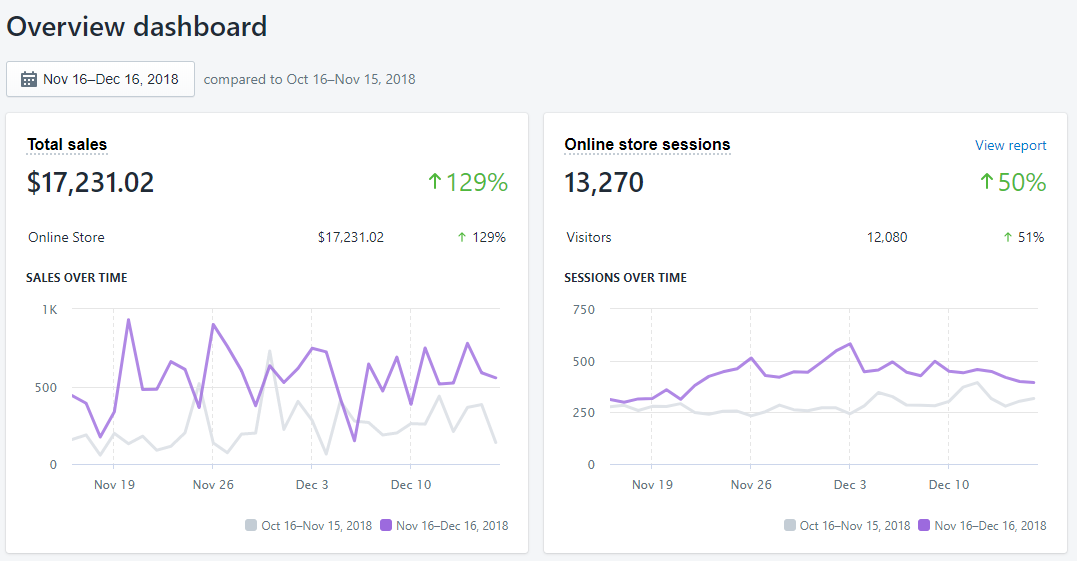 This was the biggest jump in sales so far, largely because of black friday and the holidays. I also discovered two new "winning" products which I'm currently setting my focus on. So I won't be revealing these to you guys, unfortunately (You can't expect me to give my whole business away!). During this month I really buckled down on Instagram, creating a brand and garnering more followers. Also, this month was 30% profit margins.

There's a few things I really want to stress to any newcomers -- As you can see growing a business takes time. I have experience and it still took me 4 months to get to $17,000 in sales. Some may get there faster, and others may get there slower depending on product/niche choice and marketing skills. That's OKAY! Don't be discouraged by this. You also have to remember that your customers are living people, so create a website that looks and feels trustworthy. Would you buy from a website with no contact page or terrible product descriptions? Probably not, so don't expect customers to. Also, I can't stress the importance of re-targeting on Facebook enough... Sending people directly to your product page when they never heard of you is not very efficient. Retarget. Always.

Lastly, I'm sure some of you are going to be skeptics and question why I'm spending time writing this. I will openly say that outside of dropshipping I enjoy programming and am the owner of adspy account, a facebook ads spy tool, a tool that helps you research winning products. It's a complete solo operation / hobby of mine that I created after I started my first store. So yes, I would love to increase its exposure. But you really don't NEED it or any other fancy tools to succeed. There's so much free information out there that will take you 99% of the way. It pains me when I hear someone telling me they spent $2,000 on a course and still aren't able to make a sale. If you want to do it, that's completely fine, but don't ever feel its a requirement to be successful.

Hopefully this post inspires or helps people figure out the right approach to dropshipping by hearing how I did it. I'm happy to answer more specific questions in the comments!

Stay informed on our latest news!

At Groupbuyexperts.com, we are providing Group buy service for different SEO Tools such as:
- Ahrefs
- Semrush
- Majestic SEO
- Adspy
- Adplexity
- Junglescout
You will have direct access to the Tools without downloading or installing anything.

Please send us an email to support@groupbuyexpert.com if you have any question

For the list of tools available such as spy tools, affiliate tools, ecommerce - dropship tools... please visit this link: https://rebrand.ly/groupbuyexpert